IMDb: 5.9 2013 93 min 803 views
Brilliant student Jeff Chang has the most important interview of his life tomorrow. But today is still his birthday, what starts off as a casual ...
Comedy 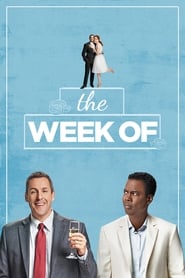 2018 116 min 687 views
The parents of a soon-to-be married couple make the final preparations for the wedding ceremony.
Comedy 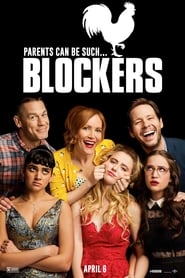 IMDb: 6.6 2018 102 min 1006 views
When three parents discover their daughters’ pact to lose their virginity at prom, they launch a covert one-night operation to stop the teens ...
Comedy

A Futile and Stupid Gesture

A Futile and Stupid Gesture

IMDb: 6.9 2018 101 min 539 views
The National Lampoon name became globally recognized after the monumental success of Animal House—but before the glory days, it was a scrappy yet ...
Comedy

IMDb: 6.7 2014 116 min 569 views
Follows the story of a group of high school teenagers and their parents as they attempt to navigate the many ways the internet has changed their ...
ComedyDrama

IMDb: 6.9 2014 149 min 756 views
This is a story about a romantic journey of a culturally opposite couple – Krish Malhotra and Ananya Swaminathan. They meet at the ...
ComedyDramaRomance

Wish I Was Here

Wish I Was Here

IMDb: 6.3 2015 97 min 593 views
An uptight documentary filmmaker and his wife find their lives loosened up a bit after befriending a free-spirited younger couple.
ComedyDramaMystery

What We Do in the Shadows

What We Do in the Shadows

IMDb: 7.6 2014 86 min 930 views
Vampire housemates try to cope with the complexities of modern life and show a newly turned hipster some of the perks of being undead.
ComedyHorror

IMDb: 6.8 2014 107 min 792 views
Years after walking away from her past as a teenage private eye, Veronica Mars gets pulled back to her hometown – just in time for her high ...
ComedyCrimeDrama

IMDb: 6.4 2014 86 min 842 views
After an extremely regrettable one night stand, two strangers wake up to find themselves snowed in after sleeping through a blizzard that put all ...
ComedyRomance

IMDb: 5.4 2014 102 min 703 views
When his best friend and podcast co-host goes missing in the backwoods of Canada, a young guy joins forces with his friend’s girlfriend to ...
ComedyDramaHorror

IMDb: 6.4 2014 102 min 699 views
A comedian tries to make it as a serious actor when his reality-TV star fiancé talks him into broadcasting their wedding on her TV show.
ComedyDrama

This Is Where I Leave You

This Is Where I Leave You

IMDb: 6.6 2014 103 min 634 views
When their father passes away, four grown, world-weary siblings return to their childhood home and are requested — with an admonition ...
ComedyDrama

IMDb: 6.4 2014 101 min 742 views
A mentally unhinged factory worker must decide whether to listen to his talking cat and become a killer, or follow his dog’s advice to keep ...
ComedyCrimeHorrorThriller

The One I Love

The One I Love

IMDb: 7.1 2014 91 min 680 views
On the brink of separation, Ethan and Sophie escape to a beautiful vacation house for a weekend getaway in an attempt to save their marriage. ...
ComedyDramaRomance

IMDb: 5.8 2014 85 min 793 views
Surly, a curmudgeon, independent squirrel is banished from his park and forced to survive in the city. Lucky for him, he stumbles on the one ...
AdventureAnimationComedyFamily

IMDb: 7.1 2014 96 min 660 views
A comedy film that looks into the loosely connected lives of people with strange sexual fantasies. A woman with a dangerous fantasy and her ...
ComedyDramaRomance

IMDb: 5.8 2014 98 min 758 views
Max Simkin repairs shoes in the same New York shop that has been in his family for generations. Disenchanted with the grind of daily life, Max ...
ComedyDramaFantasy

IMDb: 6.8 2014 97 min 731 views
An orphaned boy raised by underground creatures called Boxtrolls comes up from the sewers and out of his box to save his family and the town from ...
AnimationComedyFamilyFantasy

The Book of Life

The Book of Life

IMDb: 7.3 2014 95 min 1259 views
The journey of Manolo, a young man who is torn between fulfilling the expectations of his family and following his heart. Before choosing which ...
AdventureAnimationComedyFamilyFantasyRomance

IMDb: 4.9 2014 97 min 906 views
After losing her job and learning that her husband has been unfaithful, a woman hits the road with her profane, hard-drinking grandmother.
Comedy

IMDb: 6.5 2014 94 min 745 views
A hard-luck limo driver struggling to go straight and pay off a debt to his bookie takes on a job with a crazed passenger whose sought-after ...
ActionComedyThriller

IMDb: 5.1 2014 97 min 1308 views
When Jay and Annie first got together, their romantic connection was intense – but ten years and two kids later, the flame of their love needs a ...
Comedy

Tremors: A Cold Day in Hell

Tremors: A Cold Day in Hell

IMDb: 5.0 2018 98 min 60 views
Burt Gummer (Michael Gross) and his son Travis Welker (Jamie Kennedy) find themselves up to their ears in Graboids and Ass-Blasters when they ...
ActionComedyHorrorScience Fiction

IMDb: 6.3 2017 97 min 1991 views
A story about how a new baby’s arrival impacts a family, told from the point of view of a delightfully unreliable narrator, a wildly ...
AnimationComedyFamily

IMDb: 5.4 2016 91 min 756 views
A titan of industry is sent to prison after she’s caught for insider trading. When she emerges ready to rebrand herself as America’s ...
Comedy

IMDb: 6.8 2016 89 min 1078 views
Set in 1879 Paris. An orphan girl dreams of becoming a ballerina and flees her rural Brittany for Paris, where she passes for someone else and ...
AdventureAnimationComedyFamily

IMDb: 6.3 2014 102 min 1095 views
It’s a jungle out there for Blu, Jewel and their three kids after they’re hurtled from Rio de Janeiro to the wilds of the Amazon. As ...
AdventureAnimationComedyFamilyMusic

IMDb: 6.2 2014 99 min 1300 views
For the past two years, high-school security guard Ben has been trying to show decorated APD detective James that he’s more than just a ...
ActionComedy

IMDb: 6.0 2014 94 min 632 views
The story of a young man disillusioned by love who meets a breathtaking young woman at a charity dinner by pretending to be a philanthropist. ...
ComedyRomance

IMDb: 7.2 2014 95 min 709 views
After a deadly earthquake destroys his home in Peruvian rainforest, a young bear makes his way to England in search of a new home. The bear, ...
AdventureAnimationComedyFamily

Night at the Museum: Secret of the Tomb

Night at the Museum: Secret of the Tomb

IMDb: 6.2 2014 97 min 760 views
When the magic powers of The Tablet of Ahkmenrah begin to die out, Larry Daley (Ben Stiller) spans the globe, uniting favorite and new characters ...
AdventureComedyFamilyFantasy

IMDb: 6.4 2014 112 min 591 views
While on a grand world tour, The Muppets find themselves wrapped into an European jewel-heist caper headed by a Kermit the Frog look-alike and ...
AdventureComedyCrimeFamily